Jena Baxter – Born in Ojai, and raised in the San Fernando Valley, California, Jena always loved to read and dreamed of writing a novel. Having the ability, but lacking the confidence to do so, she enrolled in the UCLA Writer’s Extension and soon her first novel was in process.

Jena writes YA fantasy, historical fantasy, and paranormal romance. She is also a screenwriter and reads for a screenwriting contest annually. When she isn’t writing she spends her free time with her husband, amazon parrot, and toy maltese.

In Veiled Memories Heaven’s greatest warrior angel has fallen leaving his bonded-brother, Ilan, frustrated and confused. After finding a child Chayan placed in his care a new home, Ilan falls into a period of rebellion until his Master, Adiel, assigns him a guardian assignment to restore Lily and Bryan Erickson’s broken marriage. Having a pure heart, Lily is able to see him while other humans can’t. Vulnerable and intrigued, Ilan falls in love with his charge. He finds Lily’s wayward husband in a vacation house with another woman, and rising to the challenge, manages to show Bryan what he lost, but now Lily won’t talk to him.

When she calls Ilan, late one night, his heart screams warning, but unable to resist her he answers the call. She awaits him in a candlelit room where Ilan watches afraid and unseen. If he accepts her invitation, he’ll be fallen in the morning. Unable to walk away, Ilan decides to make her his own until Eytan, the guardian of Lily’s unborn daughter, appears with the only argument that will stop him.

A warrior is never sent on a guardian assignment. Something terrible lies ahead and Lily and Bryan must be together to stop it.

Ilan doesn’t understand why he can’t see her future, but refuses to leave Lily’s safety to another. He veils her memories and works in earnest to re-forge the bond with the husband that didn’t want her. Bryan returns home, and the child is born while Ilan and Eytan watch and wait for an unknown battle to draw near. 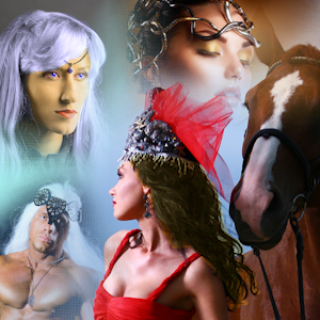